Foamy Urine: Is Having Bubbles in Urine Normal? 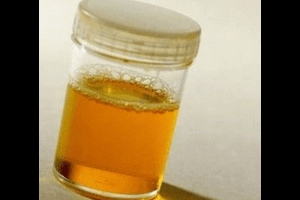 Did you know that your urine can tell a lot about your health? And, no, we aren’t just talking about the color and opacity of your urine. We are talking about appearance. Does it appear foamy?

If the foamy appearance of your urine is persistent, you might want to see a doctor about it. Sometimes, it could mean nothing, and in other instances, it could be an alarming sign of an undiagnosed chronic ailment.

This article will explore more about foamy urine, its possible causes, and when it is an alarming symptom.

What is Causing my Urine to be Foamy?

Before you start sweating and think that something is severely wrong because a quick Google search said so, we’d advise you to slow down.

Sometimes, an abnormal appearance of your urine isn’t a death sentence. On the top of our head, we can suggest a few possible causes why you have foamy urine in the morning.

Let us break down each of them in detail:

Speed of your urination

Have you ever opened a water tap at full speed and noticed the water making bubbles when it hits the sink?

The same happens with your urine. When you urinate at a fast speed (putting excess pressure), the urine foams when it hits the water in the toilet bowl. It is one of the most common occurrences.

The foam urine caused by the high-speed ejection of the urine often dissipates quickly. Wait a few seconds, noticing the foam leveling out in the toilet.

Another common reason your urine is foamy is that it’s concentrated. In such cases, you will notice that the urine is very yellow and forms a foamy consistency when it hits the toilet.

The most common reason why your urine is concentrated is dehydration. So, the easiest way to overcome that issue is by drinking more water.

Protein in the urine

The most alarming reason you have foamy urine is due to the presence of protein in it. The albumin in the urine reacts with the air, forming a foamy appearance.

In a healthy individual, the kidneys effectively filter out the excess water and waste products that aren’t needed in the body. However, protein is too big to be filtered out of the kidney, staying in the bloodstream.

However, in patients with renal disorders or renal failure, the kidneys fail to filter out the protein, and thus they are excreted through the urine. This condition is called proteinuria.

Although a rare condition, retrograde ejaculation happens when the semen gets accumulated inside the bladder instead of being ejaculated out.

This leads to the foamy appearance of the urine when the semen mixes with the urine, giving it a characteristic cloudy appearance. If you notice this happening, it is ideal to consult a doctor for a better diagnosis.

Side effects of medicine

If you are getting treatment for urinary tract infection, some medications containing phenazopyridine can contribute to foamy urine.

Besides medicinal side effects, another rare cause behind foamy urine is a condition called Amyloidosis. This leads to impaired kidney function and excessive fluid build-up, which contributes to the foamy appearance of the urine.

Should I be concerned If I have Foamy Urine?

Surprisingly enough, foamy urine isn’t a matter of concern all the time. However, this is where you need to step up and realize what the cause is.

Sometimes, the reasons behind foamy urination are temporary. They result from a full bladder, temporary UTI, and dehydration.

Your concern surrounding the condition should peak when you notice the problem as recurring. If the foamy urination is happening consistently, that’s when you have to consider seeing a doctor.

Often, proteinuria is a sign of a pre-existing chronic ailment like diabetes, kidney failure, or even hypertension.

Besides that, if your foamy urine is due to retrograde ejaculation, even that requires immediate medical intervention before it leads to prominence of infertility in the patient.

What Kind of Diagnosis Should I get for Foamy Urine?

As we said, tiny small bubbles in urine don’t always mean complications. However, it is always ideal to consult a doctor and get routine testing done to rule out every possible complication.

Based on any or all of the above suspicions, your doctor will prescribe the following tests:

Your doctor might also prescribe a routine urine analysis test to rule out possibilities of infections in the urinary tract. However, this depends on the associated symptoms you are having.

Can Foamy Urine be Treated?

Coming back full circle, foamy urine isn’t a disease or disorder. Instead, it is a symptom that could indicate an underlying disorder.

So, when you consult your doctor (urologist) with the symptoms and the complaints, the first line of treatment is to run detailed and thorough testing. This enables the doctors to find the root cause behind the foamy urine.

Predominantly, it is either due to diabetes or due to retrograde ejaculation. The excess protein in the urine is often a consequence of unmanaged diabetes in a patient.

Once the doctor is aware of the cause, they will move ahead to treat the disease, which will eventually eradicate the complaints of foamy urine.

Following are some treatment options based on the diagnosed disease:

Getting timely treatment for the foamy urine causes can prevent the disease from getting worse. So, if your symptoms are persistent and get worse eventually, it is ideal to seek medical help.

What Kind of Lifestyle Changes can Prevent Foamy Urine?

The incidence of foamy urine often indicates impaired kidney function and possibilities of proteinuria. If you are at risk of developing these conditions, we’d recommend abiding by your doctor’s suggestions and introducing tangible lifestyle changes.

Some of the most effective lifestyle changes include:

The more you take care of your physical and mental well-being, the easier it will become for you to handle the complications that come with foamy urine.

Foamy urine that dissipates a few seconds after it hits the toilet bowl is normal. It is not a cause of concern. However, if it forms a thick, cloudy appearance that doesn’t go down, it could indicate an underlying medical condition.

2-How much foamy urine is normal?

There is no “standard” measure of how much foamy urine is normal. Instead, you have to be vigilant of possible recurrence. If you notice the appearance of the urine getting worse each day, that’s when you need to be concerned.

3-What causes foamy urine besides protein?

Besides excessive protein discharge through urine, foamy urine can also be due to high blood pressure, diabetes, retrograde ejaculation, and possible renal disorders.

Foamy urine isn’t a sign of concern if it happens once in a while. However, we’d recommend that you stay vigilant of the symptoms. If the urine’s appearance becomes foamier and cloudier over the next few days, that’s when it strikes a rod of concern. We’d recommend seeking medical attention before it turns for the worse in such cases.

Previous articleMother’s Day in 2022: When Is Mother’s Day Celebrated in India in 2022
Next articleSafe Days Calculator | Safe Period Calculator – Pregajunction