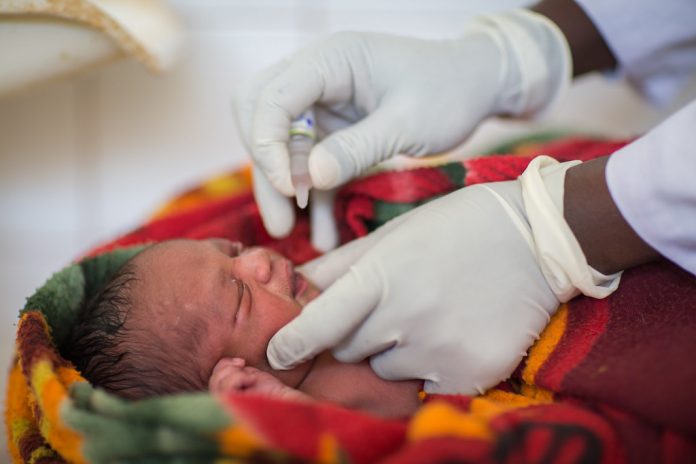 This article gives you an insight on the Pulse Polio Immunisation Program, and the schedule of Polio vaccine administration in children.

When is the Next Pulse Polio Vaccination Date in 2022?

The National Immunisation day (NID) for 2022 was initially scheduled on 23rd January, 2022. However, given the current pandemic situation and the third wave of Covid-19 gripping over the Indian subcontinent, the Government of India has announced a new date for the Pulse Polio Vaccination in 2022.

Government hospitals, private clinics and hospitals, primary health care centres provide OPV free of cost for kids below 5 years of age. On the scheduled date, 27th February 2022, OPV will be provided in every state and region of India.

According to the Centers for Disease Control and Prevention (CDC), Polio or Poliomyelitis is a crippling disease caused by poliovirus, leading to permanent paralysis. This viral infection is contagious as it can spread from one person to another, invading a person’s spinal cord and brain. Polio is a vaccine-preventable disease. That is, by taking the recommended doses of the polio vaccine, this condition can be prevented.

Pulse Polio is an Immunisation campaign initiated by the Central Government of India with the motive of eradicating this crippling life-threatening disease. Since polio most commonly affects children under 5 years of age, Pulse polio immunisation program aims to protect children against poliovirus for life.

The immunisation schedule for polio starts immediately after birth (Oral Polio Vaccine – Zero dose; OPV – 0). This is followed by multiple doses of oral polio vaccine and inactivated polio vaccine (IPV) as recommended by the Indian Academy of Paediatrics.

The Oral Polio Vaccination (OPV) is a live attenuated vaccine administered orally to children below five years at least twice a year throughout India on National Immunisation Day (NID).

Sub National Immunisation Days (SNID) are organised for regions or states demarcated as high risk zones due to conditions such as:

Under SNID, children in these high risk zones are administered with additional doses of oral polio vaccine (OPV).

The pulse polio immunisation ensures vaccinating every child under the age of 5 with two drops of OPV twice in the early part of each year.

How effective is polio vaccination? Are there any side effects?

Oral polio vaccination is highly effective in preventing poliovirus induced poliomyelitis. OPV stimulates the immune system to develop anti-poliovirus antibodies against poliovirus type 1, 2, and 3. The antibodies developed as a result of vaccination can neutralise the poliovirus.

OPV is safe to be administered to newborns and even to children who are unwell or sick. The live attenuated oral polio vaccine or OPV is less likely to cause polio-induced paralysis. Inactivated polio vaccine or IPV, in extremely rare cases, can cause typical vaccine-related side effects such as pain, soreness, redness of the injection site, or fever for a day or two after vaccination, that eventually subsides.

Most of you must have heard of the government driven Pulse Polio campaign with the slogan “Do Boond Zindagi Ki” in Hindi. This pan-India Pulse polio campaign has invariably helped India to be declared a Polio-Free Nation by WHO in 2014.

Parents and guardians with children under the age of 5 must make sure to administer the oral polio vaccine to their child on February 27, 2022 and contribute towards the government’s effort of maintaining the status of a Polio-Free Country.